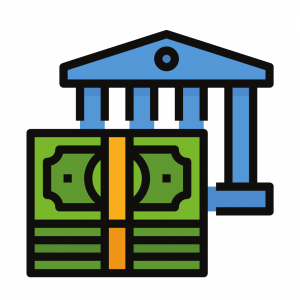 To the surprise of markets and the chagrin of shareholders, the UK’s largest lender, Lloyds Banking Group, has reported a fall in profits. It is because of a much older issue, the UK’s long-running PPI scandal. Lloyds has had to take an additional provision of £550m to cover a flurry of new PPI claims. This reduced its half-year profit to a poor £2.2bn ($2.7bn). The share price dropped 5% based on this.

Mis-selling of payment protection insurance (PPI) is by far the U.K.’s largest financial scandal. The Financial Conduct Authority (FCA) says that since January 2011, British banks and financial institutions have paid out £37.5bn ($45.73bn) in compensation to customers who were wrongly sold PPI insurance. Lloyds Banking Group alone is responsible for more than half of this total.

The origins of the scandal go back to the 90s when financial institutions in the UK. started selling PPI on lending products including mortgages, car loans, and credit cards. PPI was meant to cover loan interest and repayments if the customer became unable to pay, for example, due to illness or unemployment. As it was highly profitable for lenders and insurance companies, it was, unsurprisingly promoted heavily. By 2005, there were an estimated 20 million PPI contracts in existence with annual gross premiums of over £5bn ($6.1bn).

PPI was costly, premiums could increase the cost of a loan by up to 50%. And it mostly was ineffective. In 2005, the Citizens’ Advice Bureau (CAB) objected that there were so many exclusion clauses in the contracts and administrative barriers to claiming that many people could not make successful claims. Furthermore, the CAB reported, people were being sold policies that they did not need or were improper for them. The picture was particularly dismal for people in financial difficulties who were taking out consolidation loans: a new PPI contract could be attached to each rolled-over loan, resulting in escalating premiums and increasing indebtedness.

Compensation claims for mis-sold PPI soared rapidly. Banks hoped to avoid pay compensation: they rejected a high proportion of claims and made it difficult for customers even to pursue claims. But customers persisted and by January 2011, the UK’s financial overseer "Ombudsman” was inundated with complaints and struggling to cope. But things got worse in 2011, after a landmark court ruling. In December 2010, the FSA had imposed a new set of rules to end PPI mis-selling. The rules applied retrospectively. Fearful of a vast increase in claims, the British Bankers’ Association launched legal action against the FSA on the grounds that retrospective application was unjust. But in May 2011, it lost its case. Less than a week later, Lloyds Banking Group announced the first of what was to become a long line of provisions against PPI claims.

The size of the provision took the financial world by surprise. At the time, estimates of the total PPI mis-selling bill, even after the court ruling, were in the region of £4.5bn. Lloyds’ decision to set aside £3.2bn to meet expected PPI claims seemed excessive. But now, we know it was far too low. The latest provision will bring Lloyds’ eventual bill to over a huge £20bn.

When a nationalized bank is forced to pay out compensation to customers, it acts as a kind of fiscal stimulus: customers tend to spend their windfalls, while the bank’s poor profits decrease the value of the shares owned by the government and make it impossible for dividends to be paid. In effect, therefore, there is a transfer from government to citizens. For an economy, the size of the U.K., £20bn or so is a significant fiscal stimulus. Therefore, it can be argued that the PPI scandal helped to offset the economic drag caused by the UK’s government’s spending cuts and tax rises.

And for Lloyds, there is a glimmer of light at the end of the tunnel. The era of PPI claims is coming to an end: the final deadline for customers to make a claim is August 29, 2019. Although this deadline has passed you are still able to claim back tax on PPI that many paid without even knowing.

Click the button below to get started with your claim.